Twitter has added a new feature, lists. You can create lists of people you want to follow. People on your Twitter list do not have to be people you are following on Twitter. This is an interesting feature, but many people are wondering what to do with lists on Twitter. Here are some ideas.

Create a list of experts or people in your industry who you would like to follow, or you think others should follow. You can easily keep up-to-date industry news, trends and what others are doing. You can also use this list as a way to promote your industry as a whole. Done correctly this list can be a sort of Who’s Who of your industry.

For larger companies, having a Twitter list containing usernames for all employees can be an easy way to promote the company and provide better customer service. Customers can easily follow the departments they deal with most, and know how to get in touch with people they need.

Twitter lists are a great way to promote events and make it easier for attendees to connect. You can create a list of all the speakers at your event. This will allow people who are on the fence about attending your event to get to know the speakers. This can be an excellent promotional tool for your event, particularly if your speakers are active and engaging on Twitter.

You can also create a list of your event sponsors. Not only will this be a great promotional tool for your event, but you can provide added value to your sponsors.

You can also create a list of the attendees. Request people’s Twitter ID as part of the registration process and add attendees to this list. This can encourage interaction among attendees before the event even starts, as well as act as social proof for people who are considering attending. During your event, this list can increase interaction among participants, start conversations, and otherwise increase the buzz around your event.

You can create Twitter lists around a single topic. The Huffington Post, the online newspaper, is that is particularly well. A prime example is their coverage of the climate change conference in Copenhagen. They have a few lists covering that event including on of journalists covering Copenhagen.

Creating a topic lists allows you and your list followers to keep up with what a variety of people are saying around a single topic. Of course, the value of these lists may be short lived. The Copenhagen journalists list will only be of value during the conference. Once it’s over, many of the people on that list will likely begin Tweeting about other topics.

Location and or geographic based lists are becoming more popular. Create a list based for your town, or region. This can be particularly helpful in promoting smaller communities as a whole and helping people connect with their neighbours.

Twitter lists can also be private. If you have a group of people or a team who want to know what each other are doing, but don’t necessarily want to promote their connection, a private list is a great way to achieve this.

Other people’s lists can be a great way to find new people the following Twitter. Choose someone you follow on Twitter who is particularly interesting or always has something useful to say. Go to their Twitter page and see lists they have created. You can browse through those lists to see who you would like to follow as well. Or you can just follow the entire list.

One interesting way people are starting to use Twitter lists is in place of the traditional Follow Friday. Some people are creating their own Follow Friday lists and promoting these lists rather than a long a slew of Twitter usernames.

If you discover you are on the list rather not be on, such as “List of Jerks”, you can easily remove yourself from it. Simply block the user name of the list creator. Of course, by blocking this person not only are you removed from their list, but they cannot follow you either. However, if they’ve added you to a list of jerks, you probably don’t want to be connected with them anyway.

These are just some of the ways people are using Twitter lists. If you have never explored Twitter lists, perhaps it’s time you give them a try. 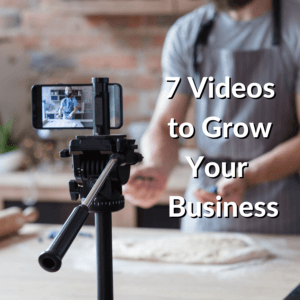