Advice to Future (and Current) Entrepreneurs

I was recently asked what advice I would give to future entrepreneurs. To paraphrase a proverb my advice is “It takes a village to raise a small business.” Let me explain.

Over the years I have interviewed dozens of entrepreneurs – some for this blog, some for teleseminars and some for various publications I have written for.

Additionally I have been hired by a variety of businesses as a consultant and as a member of my local Chamber of Commerce and a BNI chapter I meet many more entrepreneurs.

What struck me about all the people I’ve spoken with over the years is that no matter how different their backgrounds or businesses, there was one thing that all the successful entrepreneurs had in common – they had a mentor and/or coach.

Some have an on-going relationship with a coach. One woman had several coaches who she called upon depending on her needs and their expertise. One man and purchased his business from another man. The previous owner met with him almost daily to act as a sounding board and give advice. Another young man has a team of successful entrepreneurs who meet with him three or four times a year to give feedback and advice.

It doesn’t matter whether these are hired advisors or volunteers. What matters is the successful entrepreneurs look for outside advice and feedback. And more importantly, they FOLLOW it.

The one thing that unsuccessful entrepreneurs – or those who have plateaued and can’t seem to grow any more – is that they won’t listen to outside advice.

As an outsider it’s quite fascinating to see how similar these struggling businesses are in the attitudes of their owners. They feel that no one knows as much as they do. Sometimes they will even hire an advisor and then not listen to the advice they’d paid for.

I believe that part of the problem is we have this cultural myth of the ‘self-made millionaire’. The idea that the Bill Gates’, Warren Buffet’s and Oprah Winfrey’s of the world did it all by themselves. And while I don’t know it for a fact, I bet Bill, Warren and Oprah have had their own advisors over the years.

In my own business I know I suffered from that delusion for a number of years. And it made my struggles much harder. But once I started seeking out other people for advice, my business became easier and more successful.

If you can’t afford a coach (personally I think you can’t afford not to have a coach) then you need to find another business person who can act as a sounding board. Find someone you admire or like and buy them dinner. Ask for their input and feedback on your activities and plans. It’s amazing how generous and helpful most business people are.

And finally, follow the advice you get. Yes, you need to make sure it’s coming from a reliable source and makes sense for your business. But at the end of the day, you don’t know it all. So don’t try to act like you do. If you get good advice, follow it! 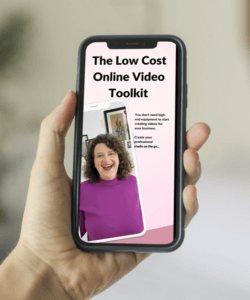