Can Baby Boomers Use Facebook for Marketing Their Small Business?

This will probably show my age – but then again I am blogging on the Baby Boomer Entrepreneur 😉 – but I really didn’t have an interest in Facebook until very recently.I didn’t even join until a year ago. I have some childhood friends who live far enough away that I only see them once a year. They were after me to join so finally I caved in.

Initially I found the entire application silly although I enjoyed the ease of keeping up with my friends. I even reconnected with some old friends I’d lost touch with.

Now, for the most part these are people that just invited me to become “Facebook friends” – like connections on LinkedIn – and we’ve had no further conversations. But others have resulted in truly reconnecting via private email conversations.

But I still didn’t see how Facebook could help with marketing.

I began getting invitations from colleagues

Then a couple of months ago I began getting friend invites from colleagues of mine – people I “know” from online forums. I paused before accepting the invites – not because I was reluctant to connect further with these people – but because I’m a little uncomfortable with the Facebook platform.

Unlike LinkedIn, on Facebook you have a “wall” where people can add comments. And since some of my childhood friends remember less dignified events in my life, I worried whether this would result in a public image that doesn’t match my business. Things I did when I was 17 don’t really apply to my life – or my business – today.

Then I got an invite to attend a teleseminar about Facebook put on by the Blog Squad with guest Mari Smith. I’ve always respected their marketing advice so I sat up and took notice.

Mari Smith is very active on Facebook and believes it is a valuable marketing tool. She suggests that in addition to creating your profile you should create a page for your business. Then you can start a group, use the events feature and polls to gather information and gently market to your “friends”.

A key way to keep yourself in front of your Facebook audience is to use the status update feature frequently. Every time you make a change to your status – or another area of your profile – you show up near the top of your “friends” news feeds. Another way to do this is by adding your blog to your Facebook page using the import notes feature.

I was intrigued by what Mari had to say and started using Facebook again. But I was still skeptical so I put the word out.

Here are some of the responses:

“Facebook is a marketing tool for teens/younger adults but that is the market for my soccer business. It is very useful and I also use it as a communication tool. It is much better then MySpace where you are one click away from ‘Adult themed’ pages that I do not want my younger players having access.”

Paul’s comments about “Adult” pages is something I hadn’t considered but is definitely a plus of Facebook, particularly if you have a younger audience.

“Being Canadian-based, I am part of a nation with the highest per-capita usage of Facebook (with Toronto being the second largest network), but I find that the demographic fluctuates greatly within these networks. Certainly, if you’re looking to target the 16-25 age group, you can’t go wrong with using Facebook as it is a high-quality way to generate buzz for a low cost.

“That said, if you’re looking more towards the 25+ crowd, I’d suggest looking elsewhere for at least your primary source of marketing. It is my experience that while there are certainly avid older users of Facebook, the volume just isn’t there for the results that some of my clients have been looking for.

“One thing that is worth considering though; if you can get young users interested in your business through Facebook, it’s likely to be spread rapidly, so that when they do really get into your target, you have a solid base to work off of with little expense to be had. If you’re willing to wait a bit for results, the pay-off could be worth it.”

Dan’s comments about the demographics were echoed by a number of people I spoke with – and certainly agreed with my opinions. In my unscientific poll of friends and business associates, I found that the majority of my peers are not on Facebook. In fact, many have never heard of it.

However, I did speak with one tech person who quickly shot me down. She pointed out that the over 40 demographic on Facebook has exploded in the past year. I did some digging and while I couldn’t find any current numbers, I did discover that in October 2007, 45 percent of Facebook users were over 35 – up from 37 percent in 2006.

According to Facebook’s own statistics, their fastest growing demographic is the over 25 group.

This suggests that Facebook is not a tool to be overlooked just because your target market is over 35.

Neal Evan Caminsky at Red Dream Studios, has had success using Facebook to reach clients they wouldn’t have normally been successful at approaching using traditional means.

“My own personal profile contains images and links to various elements of my business, and have over 70 people signed up to my company’s dedicated Group, in which we post updated materials, designs, videos, etc, to advertise what we are up to.

“You may have noticed that LinkedIn is starting to add some of Facebook’s features (such as the “what are you working on” status), and vice versa, so the lines between these 2 social media sites are blurring.

“It’s also my philosophy that when you’re in the business of networking virtually, it doesn’t matter who you network to, as long as you’re networking. Even if we are to assume that the majority of Facebook users are under 30 (or younger), you never know who they are connected to. For example, their parents may be the decision makers at a Fortune 500 company. I never shut the door to free promotion.

“And in fact, I’ve received more business from Facebook than I have through LinkedIn, principally because LinkedIn does not have the ability to post your creative work, create a group dedicated to your company and invite people to become members. So Facebook lets me be more “in the face” of my connections when it comes to my work.”

You can’t argue with success.

My conclusion about Facebook is that I need more information before I can make a final conclusion about it’s value as a marketing tool. However, I’ve seen enough to be willing to give it a try.

I plan to spend some time experimenting; to follow the lead of those who are using it successfully and give it a fair trial. This means putting in some time and effort, but if the results are anything like what I’ve been getting from LinkedIn, I’m certain it will be worth it in the end. 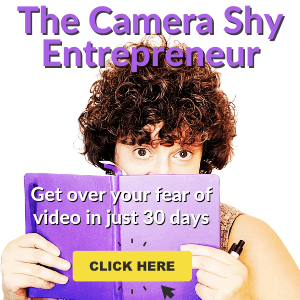