by Andrea J. Stenberg
No Comments
Spread the love

With all the social media platforms pushing Live video you need to be prepared to get it right. Here are my secrets to better live video.

It may seem obvious but …

One of the first webinars I ever taught,  I wrote out a script. I found amazing photos for my slideshow. I practiced and prepared.

On the day of the webinar, I was nervous but confident.

When the time came, I started the slideshow and I presented my heart out. And at the end of the 90-minute webinar, I realized I forgot to hit “Start Broadcast”.

So that’s my rule number one tip for great live videos, don’t forget to actually start broadcasting because you could be just talking to yourself in your office.

Plan what you’re going to say during your broadcast. You don’t have to write out an entire script. But do plan ahead.

One of the things that I’ve discovered from both doing teleseminars, podcasts and video is when I don’t have a clear idea of what I want to say, there’s a lot of “um”, “ah”, or “like”, otherwise known as verbal static. Things you say that are placeholders for when your brain tries to catch up with your mouth.

If you plan ahead of time, you’re going to have less verbal static.

While planning also try to think of stories that you can tell that illustrate the point you’re trying to convey.

Even if you’re trying to teach something, if you can tell a story like the story of my forgetting to go live in my live broadcast, it will be much more entertaining, and people are more likely to remember it then if you use stats and figures and statistics.

In the early days, I would write a script for all my live videos and webinars. I don’t anymore. Here’s why

One, I’m not a professional broadcaster. The people who broadcast on the nightly news are trained to read a script and sound natural. They don’t sound like they’re reading.

When I read a script, it sounds like I’m reading. So it feels a little stiff, and unnatural. I bet it’s the same for you.

Secret #4 – Look At the Camera

But you need to be aware that when you’re recording you’re likely more comfortable looking in somebody’s eyes than looking at a camera.

And when you’re broadcasting what do you see in front of you? It’s your face on screen. If you’re not careful you’ll look at your face rather than the camera.

In the video (at about 3:27) I demonstrate the difference between looking into the camera lens and looking at your script.

When you’re not looking at the screen it breaks your connection with the audience.

There’s a couple of tricks to make sure you remember to look into the camera lens. When doing an Instagram Live on your smartphone, your face is on the centre of the screen but the camera lens is at the top. Don’t look at your face, put a post-it note over your face with an arrow pointing to the camera.

When using the webcam on your laptop or desktop computer, put a post-it over your face, or just below the camera with an arrow, as a reminder.

Secret #5 – Have Great Audio For a Better Live Video

Studies show that poor audio has a much greater negative impact on your viewers than poor video. If the video is slightly out of focus or the light isn’t great, people will forgive that more than poor audio quality.

The key to better sound in your live broadcast is to use a microphone. When filming with my smartphone, a little shotgun mic that plugs into the headphone jack is my favourite microphone. You can also get wireless mics if your phone doesn’t have a jack.

It significantly improves the audio versus using the build-in microphone on my smartphone.

When going live from your desktop or laptop, the webcam will have a built-in microphone, but the quality isn’t always the best.

Most serious livestreamers and podcasters have a separate microphone. There are some pricy podcasting microphones you can get. In the video I demonstrate the low cost USB Microphone I use.

But when you’re going Live, and you’re focusing on what you’re trying to say you might forget to smile. Sometimes I write SMILE in my notes, just to remind me. So smile more than you think you should, because it won’t look as weird as it feels.

Secret #7 – Have a Good Background

You and what you say are obviously the focus of your video However, what’s going on in the background can distract the viewer from your message. That’s why a good background is one of my secrets to better live video.

I designed my office with filming video in mind. I painted everything white to reflect the light and created a few spots that make for a great video. Not everyone has that luxury.

My sister has a friend who teaches yoga online. She has a blank wall as her video background. Except there’s a mirror on the wall.

One day she was teaching a class and her boyfriend decided to take a shower. He didn’t close the door all the way so that when he stepped out of the shower, everybody saw him in all his glory.

So be careful about what people can see behind you when you’re live.

Here’s a post I made about backgrounds for your videos if you want to learn more.

There you have it – my seven secrets to better Live video.

There’s more to live video than just the logistics. There’s also a strategy for standing out, building know, like & trust plus getting more leads and customers.

If you’re ready to get serious about using video to grow your business check out my Stand Out Live Video Course. 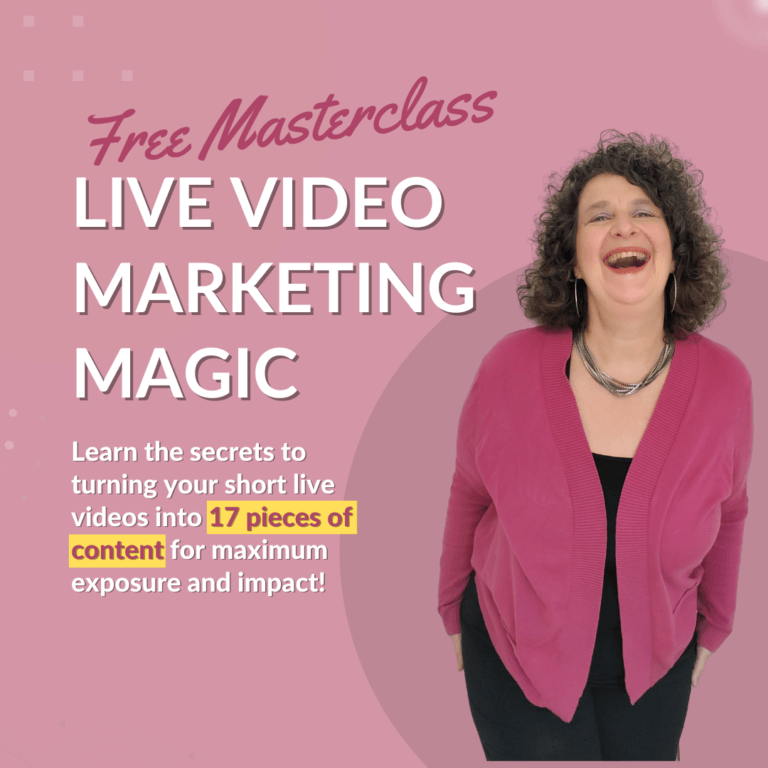 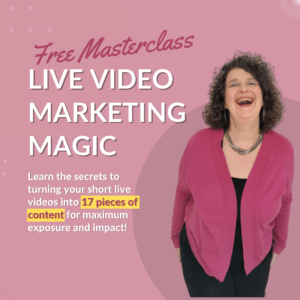