Should You Send an Automated DM to New Twitter Followers?

The hottest thing in Twitter seems to be sending automated DMs to new Twitter followers.  A DM is a direct message sent via Twitter which can only be seen by the receiver and sender, not by the entire Twitterverse.

How do they do this? By using a service like TweetLater to automatically follow anyone who follows them. They then create a message that TweetLater sends to all new followers.

When people first started doing this, it was kind of cool. You’d start following someone and suddenly you’d get a DM thanking you for following. If you didn’t have a lot of followers, it was nice to actually have something in your DM box.

But after a while it began to lose its cool factor. After all, if Twitter is really about building relationships, how are you getting to know someone by having an automated reply? In fact, now that I’ve reached a critical mass of followers I’m getting so many DMs I’ve started to delete them without really paying attention.

And yet, there was one guy I started following who did this really well. His Twitter bio says he has a free gift to all new Twitter followers. After following him, he sent a DM containing a link to get a whole lot of free tools.

So, should we be sending the DMs?

I attended a Twitter workshop at Podcamp Toronto last weekend when this topic came up. It sparked a heated debate about automatic DMs. One woman was extremely vocal about the subject. In particular, she hated DMs that contain links: links to your blog, website, podcast, free download, whatever. She commented, “I don’t even know you yet. We don’t have a relationship and you’re already asking me to take some action?!?”

That particular comment struck home. I’ve been telling people that Twitter – and all social media – is about building relationships one person at a time. You shouldn’t do anything online that you wouldn’t do in person. Sending an automated DM with a link is like trying to sell at a networking meeting before you’ve even had a single conversation with someone.

And I’ve been guilty of it too.

And not only is it annoying, several people in the session stated they unfollow anyone who sends them one of these automated DMs.

As soon as the session was over I logged into TweetLater and cancelled the automatic DM. I’m still automatically following anyone who follows me. After all, how better to get to know someone than by reading what they have to say.

So how do you build relationships with people on Twitter without the automated DM? I’m sorry to say, you do it the old fashioned way. Sending messages one person at a time. Read people’s Tweets and send @replies or DMs that comment on what they wrote. Start an actual conversation. Once you’re talking, once you have a relationship, then you can send  that link.

What’s your opinion about automated DMs in Twitter? Love ’em, hate ’em, didn’t know you could do them? Leave a comment and tell us what you think. 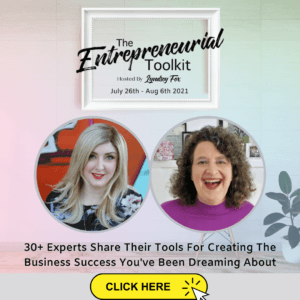