Monday morning I saw a Tweet from internet marketer Kathleen Gage; she’d been banned from Facebook. I was surprised to say the least. I know there are spammers and unethical types on Facebook and elsewhere on the web, but Kathleen isn’t one of them. I’m connected to her in multiple social media sites and know she’s one of the good guys (gals?).

So how could this happen?

The problem is that Facebook has some written and unwritten rules about what is and isn’t allowed. If you break one of these rules you may get a warning, or you may get banned without warning, as Kathleen did.

On a site like LinkedIn, they make it very clear that if you don’t follow the rules you’re out. It’s difficult to connect with people you don’t know on LinkedIn. And they have a pretty standardized system of dealing with those who stray. As a result, people are more cautious about what they do on LinkedIn.

But Facebook is different. It’s a little more freewheeling than LinkedIn. There are so many ways to connect with people – search, groups, your friends’ friends, the “people you may know” box – that it’s easy to forget that Facebook does have some rules in place. Add this to the fact that most of these rules seem to be “secret” it’s surprising more committed networkers aren’t banned.

How To Avoid Getting Banned

If many of the rules around networking on Facebook are unwritten, and you can get banned without warning, does this mean you should avoid Facebook? Of course not. Facebook is too valuable a networking tool to avoid. If you learn from the mistakes of others you can avoid the shock of getting kicked off.

Notice a theme here? It’s not what you do, it’s how many times you do it. If you do any of these actions too many times, you look like a spammer in the eyes of the Facebook police. This is something you must never do.

So how much is too much? Come back tomorrow for some tips to avoiding banishment from Facebook. 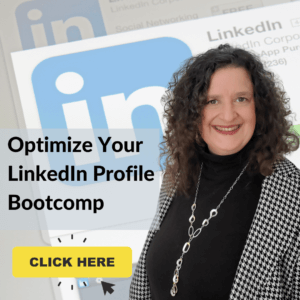